When sun, wind and waves meet

The Aksla near Ålesund, vantage point and photo location for this stunning sunset, which is also available in our store as a high-quality fine art print. 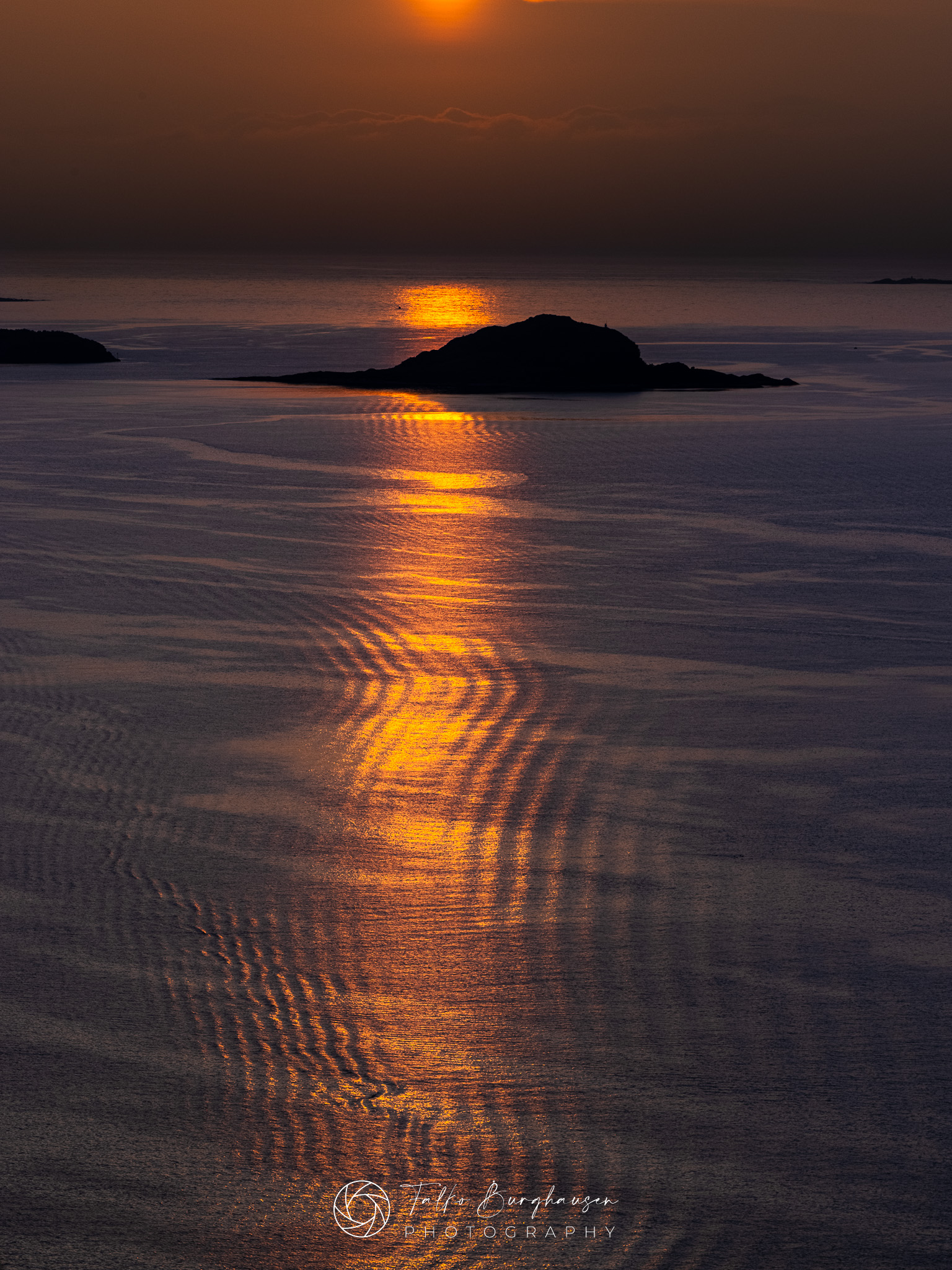 It is already getting dark when Marina and I arrive at the top of Aksla, Ålesund’s local mountain. The sun is low, the shadows are long, and after a late summer day, silence slowly settles over the picturesque Norwegian port city. My original plan, a panorama of the city with nearly 50’000 inhabitants unfortunately fails to find a suitable position to photograph. At the places where such a panorama would be possible, there are too many people or I can’t get where I want to go because of bushes and trees. Somehow, however, I’ve almost gotten used to carrying the panorama system for free by now – the backpack has to be filled with something, after all.

Ascent of Aksla near Ålesund

For those who have never been to Aksla, the ascent via the staircase with its 418 steps, visible from afar, is highly recommended. Except when a cruise ship is in port, the narrow path is quickly crowded. The 188 meters of altitude from sea level are also fun as a stair climb. In the extensive hilly area behind the lookout point, you can extend the route as you wish and easily leave the crowds of visitors behind.

Once the climb is done, a restaurant, out-of-breath people with red heads, and a beautiful view of the vast island landscape around Ålesund await us. Fast ferries drag white whitecaps behind them as they connect the islands. Seagulls circle overhead and with a bit of luck we can watch a Hurtigruten ship docking or casting off. It’s a bit like Miniature Wonderland, only without trains and in real life.

A bit lost we stand up here now, not really knowing whether it’s worth unpacking the camera at all. To photograph another sunset does not appeal to us, this motif is too hackneyed by now. But the wind is kind to us and unexpectedly conjures up a photogenic pattern on the sea. Long, beautifully structured waves move in slow motion from north to south, a great spectacle that unfolds here in the light of the setting sun.

But it gets even better as the sun slowly begins to set behind a small island far out in the Atlantic. Raunen is the name of the small rock that lies in the open sea, perhaps ten kilometers from the coastline. But the sun has not yet reached the horizon. It casts a warm, soft light on the wavy lines created by the wind on the water.

The backpack is quickly set down, the camera and telephoto lens are taken out, and a quiet spot is found to take pictures. I wouldn’t even want to try this scene with a wide-angle lens, because I could never get all the focus on this play of light on the surface of the water with it. In my mind, it’s a rather minimalist image, which I’m now trying to put into action. Portrait format, landscape format, aperture a little more open or a little more closed – with this motif I fortunately have time to try out a few variations, so that I can decide afterwards which version I like best. Nevertheless, the play of light is only short-lived, because above the horizon lies a dark cloud bank that soon swallows the sun.

In the safe harbor of Ålesund

Above the view, below the insight that there would have been a better place for the planned panorama about halfway up the steps to Aksla. But now it is too late, the sun and the good light are gone and we are already back down in the city center of Ålesund. In the port I succeed a little later but still a panoramic shot of the city scenery in the blue hour. Sometimes you just have to be patient. And a day later we are at the right place at the right time and can capture the whole city in another roundshot.

Falko Burghausen
Professional landscape and nature photographer and seasoned technical leader with experience as CTO and Software Engineer. Falko goes almost nowhere without his camera and loves to travel between high mountains and ocean waves to capture grandiose landscapes. He is a firm believer in Work Anywhere and digital working models and finds that a day without chocolate can only be half as good. You can buy this picture

Choose in our ArtWork Store from different materials such as canvas, aluminum dibond, acrylic glass or Hahnemühle fine art paper and dimensions up to 180 cm side length and create your own personal print. 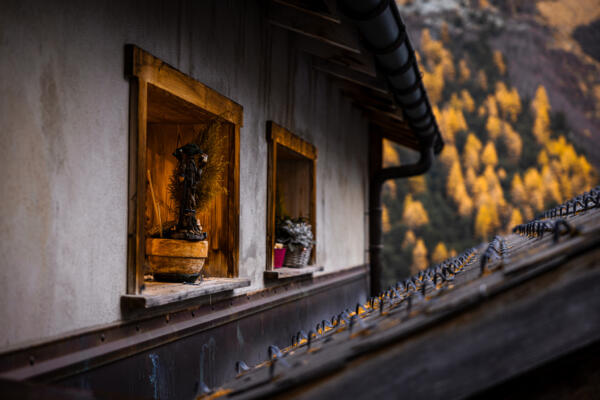 A dreary mountain village, deserted, gray weather. Or: how can we take home some exciting photos despite rather adverse weather conditions? We tell you about our photo trip to Arolla and give you three valuable photography tips along the way. 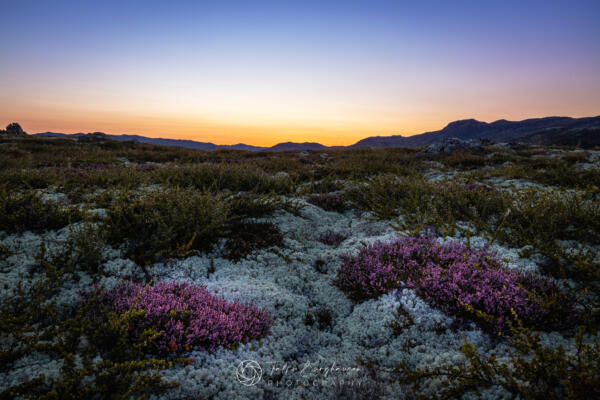