Glacier cave – excursion into the ice

Golden larches and bright autumn colors. The stark contrast to the deep blue that we will encounter on our excursion into the interior of a Swiss glacier cave. But as impressive as the scenery is, it has an oppressive effect on us. For what we see here is quickly fleeting and will be history in a few years, indeed perhaps in a few months, never to be undone.

The glaciers of the Valais, like almost all other Alpine glaciers, are suffering from the massive warming of our planet. Everywhere, a more or less strong retreat can be observed – and this with an increasing speed that, compared to the lifetime of a glacier, must be called downright frantic.

We venture a glimpse into one of the huge ice caves formed by melt water in spring. Although the glacier in this area has already melted almost completely, a small icy remnant, covered by tons of debris, has persisted until now. Especially in spring, when the snow melts, huge amounts of thundering water flow through the natural ice tunnel, forming over time a fragile and not without danger work of art. All around the edges there are huge amounts of loose stones and boulders that can fall down uncontrollably at any time (and do so regularly, as we can observe with our own eyes).

Join us on a short trip into the unfortunately not at all eternal ice and let the impressive scenery of this ice cave have a visual effect on you in our #bildwelten format.

In the early morning of September 20, 2022, the entire ice cave collapsed completely during a light earthquake measured in the region of Mont Collon. An icy work of art is thus history, what remains for a few months are the debris of ice weighing tons, but most of which will certainly be gone by next summer. However, this fragile structure of ice would probably not have survived much longer anyway; the local glaciologists already expected a collapse caused by the high temperatures sooner or later.

We strongly advise against visiting the area of the former glacier cave on Bas Glacier d’Arolla!

On the one hand, there is still danger in parts of the former cave from collapsing ice walls as well as falling debris weighing tons. On the other hand, in the entire area below the north side of Mont Collon, there is a latent danger of glacier collapse similar to the event in the summer of 2022 on the Marmolata in Italy. The changes of the glacier on the summit of Mont Collon are therefore monitored and measured on a daily basis. Ski tours in Central Switzerland don’t always have to be demanding, long and exhausting. This ski safari via Furggelenstock, Brünnelistock and Laucherenstöckli in Hoch Ybrig offers impressive landscapes, quiet climbs and cozy opportunities to stop for a bite to eat. 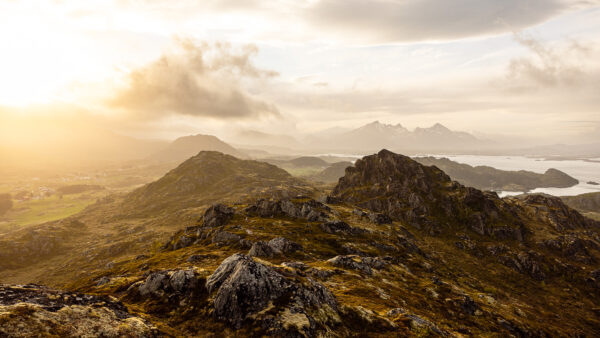 Storm on the Lofoten

Sunny, windless days are rare in Lofoten, raging storms, a whipped-up sea and roaring spray on the rocky shores are not uncommon.