Picture of the month

January 2023 – Fog over the Lake Lucerne 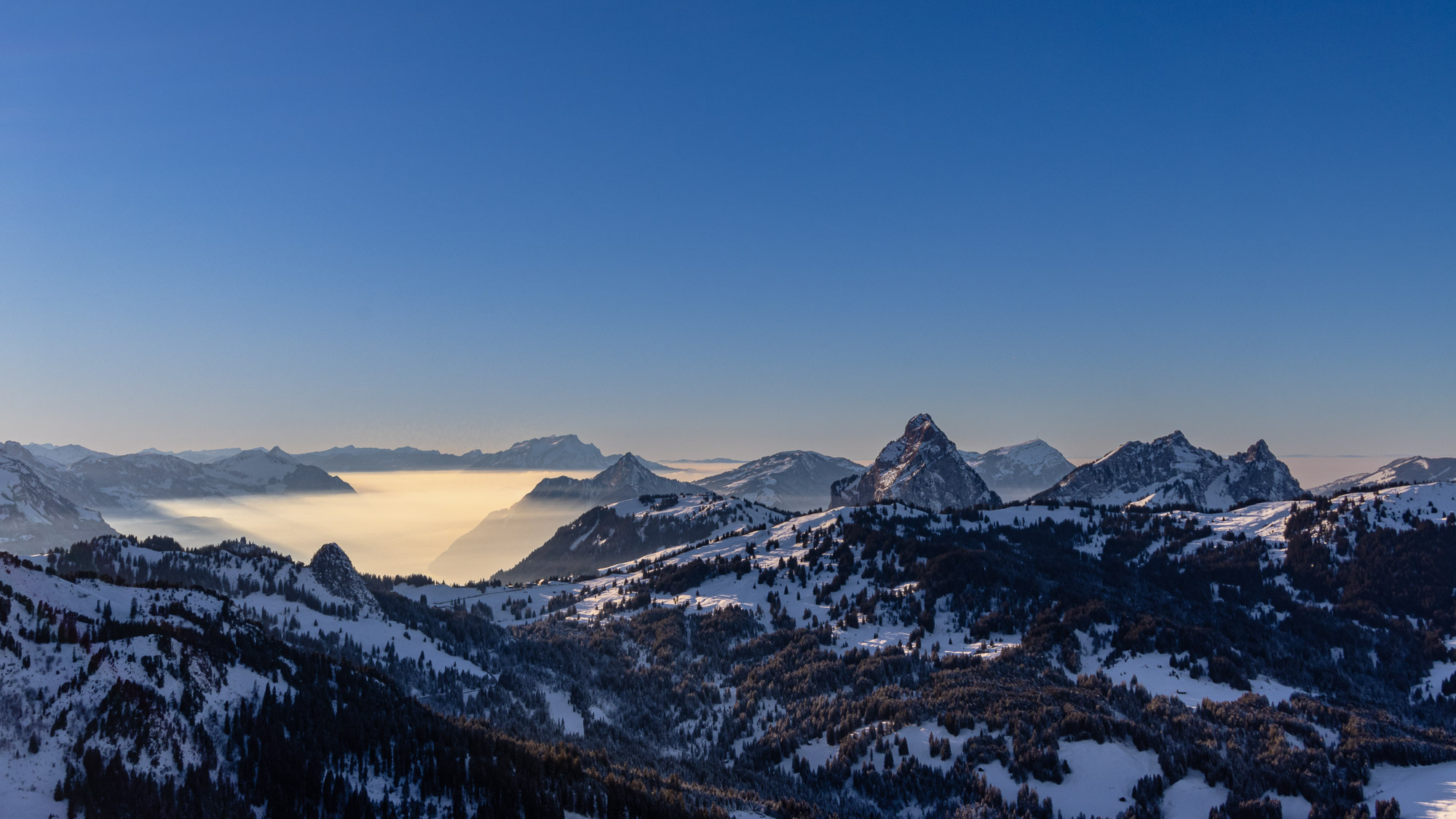 The fog covers Lake Lucerne like thick, white absorbent cotton; only the higher mountains, such as the Grosse Mythen, still peek out.

More than 1,500 meters of altitude difference lie between Lake Lucerne, which spans the cantons of Schwyz, Uri, Nidwalden, Obwalden and Lucerne, and the highest peaks around it. On this winter day in January, however, the impressive and winding lake cannot be seen; only the mountain peaks and higher elevations peek out from a picturesque layer of fog that has formed over the lake basin. Often such weather conditions prevail in autumn, when inversion weather makes for cold, wet gray days in the lowlands, while in the mountains the sun shines from immaculate skies and brings relatively warm temperatures during the day.

The 1898 m high Grosse Mythen clearly dominates the scene and provides an eye-catcher, in the foreground lies the small but nevertheless very beautiful ski area of the Mythen region. A steel blue sky gives the image a colorful accent despite the strong black and white contrasts and impressively brings out the luminous fog above Lake Lucerne. The already low sun provides a magical glow on the southwest-facing forest areas, but will soon fully disappear behind the horizon. The days are short in January, but due to its high altitudes, the region around the Grossen Mythen still gets a lot of sun and is a popular excursion destination for the population from the cities. You can buy this picture.

Choose in our ArtWork Store from different materials such as canvas, aluminum dibond, Hahnemühle FineArt paper or acrylic glass and dimensions up to 180 cm side length and create your own personal print.