Crans Montana, a sophisticated resort located above the Rhone Valley in the Valais, winter sports area and Eldorado for golfers in summer. The place: strongly influenced by tourism, hotels and vacation apartment resorts are lined up next to each other, it is a fine line between alpine kitsch, luxury and nature that opens up here at an altitude of almost 1,500 meters.

Especially in the shoulder season in autumn, however, Crans Montana also offers quiet corners that are not overcrowded and that bring the impressive mountain scenery all around into focus. Larch forests stretch east and west above the village on all slopes, and the first white mountain peaks contrast sharply with the yellowish-brown grassy mats and deep green-blue of Lac de Tseuzier, which lies below the striking Rawilhorn.

The cable cars have already stopped operating for the most part at this time of year, and only a few hikers, trail runners or mountain bikers can still be encountered making their way up ski slopes in summer sleep towards the Cry d’Er. Mont Lachaux is the name given to the entire forested ridge that rises directly north behind Crans Montana. A dense network of hiking trails and biking trails crisscrosses the flanks of this mountain, and just as dense is the amount of cable cars and chairlifts that access the various stations up to the top station of the Cry d’Er and then further up toward Bella Lui.

Unspoiled alpine landscape is accordingly sought in vain here, but the far-reaching view from the Bietschhorn over the 4000-meter peaks of the Valais all the way to Mont Blanc compensates for this fact. To the south, the illustrious and well-known names are lined up, between Saas Valley with Dom, Täschhorn, Alphubel and others, the view sweeps to Bishorn and Weisshorn, the unmissable Matterhorn and further into the Lower Valais to Dent Blanche, Dent d’Hérens and the Grand Combin. In between: the lesser known, but no less impressive high 3000m peaks like the Pigne d’Arolla, Mont Collon and many more – if you want to count peaks here, you should bring time.

Whether as a trail run or a classic hike – the possibilities are manifold here at Mont Lachaux above Crans Montana. However, you should often be prepared for steep climbs, as many trails lead on or along the ski slopes. The heart of Crans Montana beats primarily for winter sports. 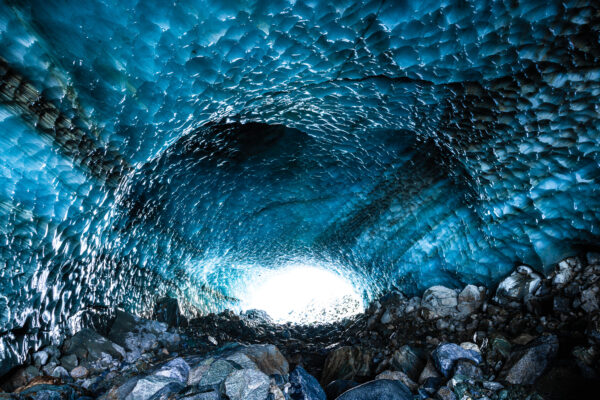 Glacier cave – excursion into the ice

Golden larches and bright autumn colors. The stark contrast to the deep blue that we will encounter on our excursion into the interior of an ice-cold glacier cave. 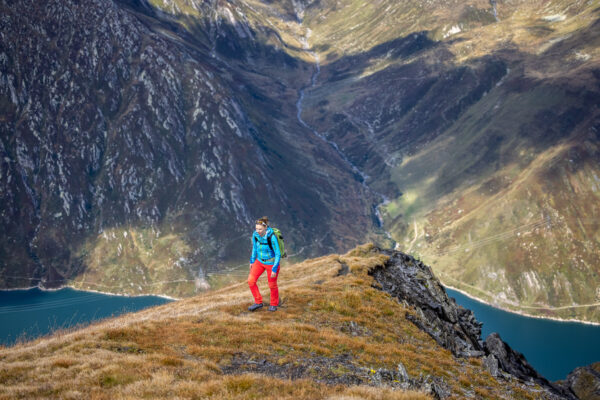