Storm on the Lofoten

Sunny, windless days are rare on the Lofoten, this Norwegian island chain high up in the north, above the Arctic Circle. Especially in winter, during the cold season, raging storms, a whipped-up sea and roaring spray on the rocky shores are not uncommon. Within a very short time, the peaceful white sand beaches in bays framed by mountains are passé; instead, the storm roars and is only drowned out by the roar of the northern sea.

The mood during such storms have their own unique charm and while anyone outdoors in these weather conditions would do well to take good care of themselves, they still produce somber yet imposing images – often referred to as moody in English.

In this series, for once, the focus is not on finding the perfect lighting conditions, but on trying to visually capture these intangible forces of nature during a storm in Lofoten. And despite the sometimes almost apocalyptic scenes, the Norwegians’ retreats, built in red wood, defy the rigors of the weather and offer shelter from winter and rain. 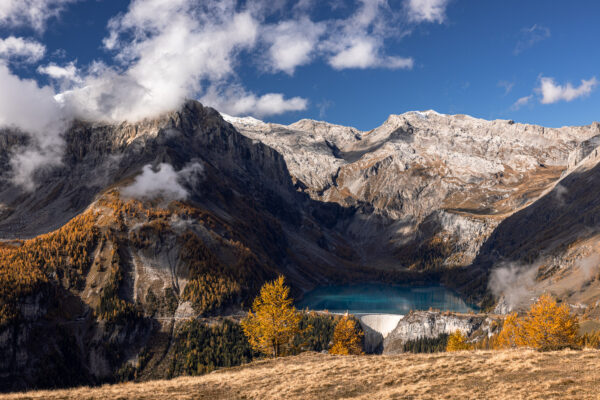 A visual detour to Mont Lachaux near Crans Montana, into the colorful contrasts of larches glowing in autumn, snow-covered peaks and deep blue lakes. 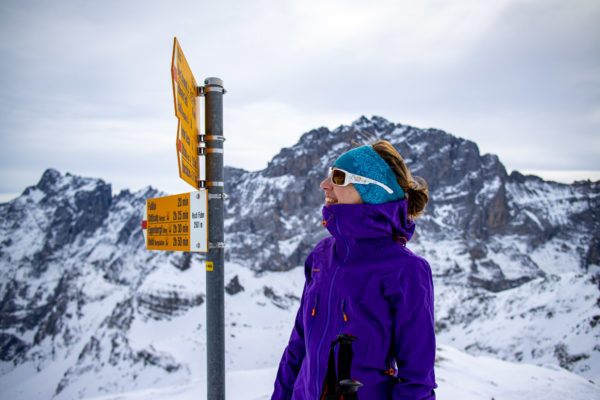 One day too late: at the 2506 m high Hoch Fulen we fight on our ski tour against heat and wet snow. A #bildwelten story from the Schächen valley.