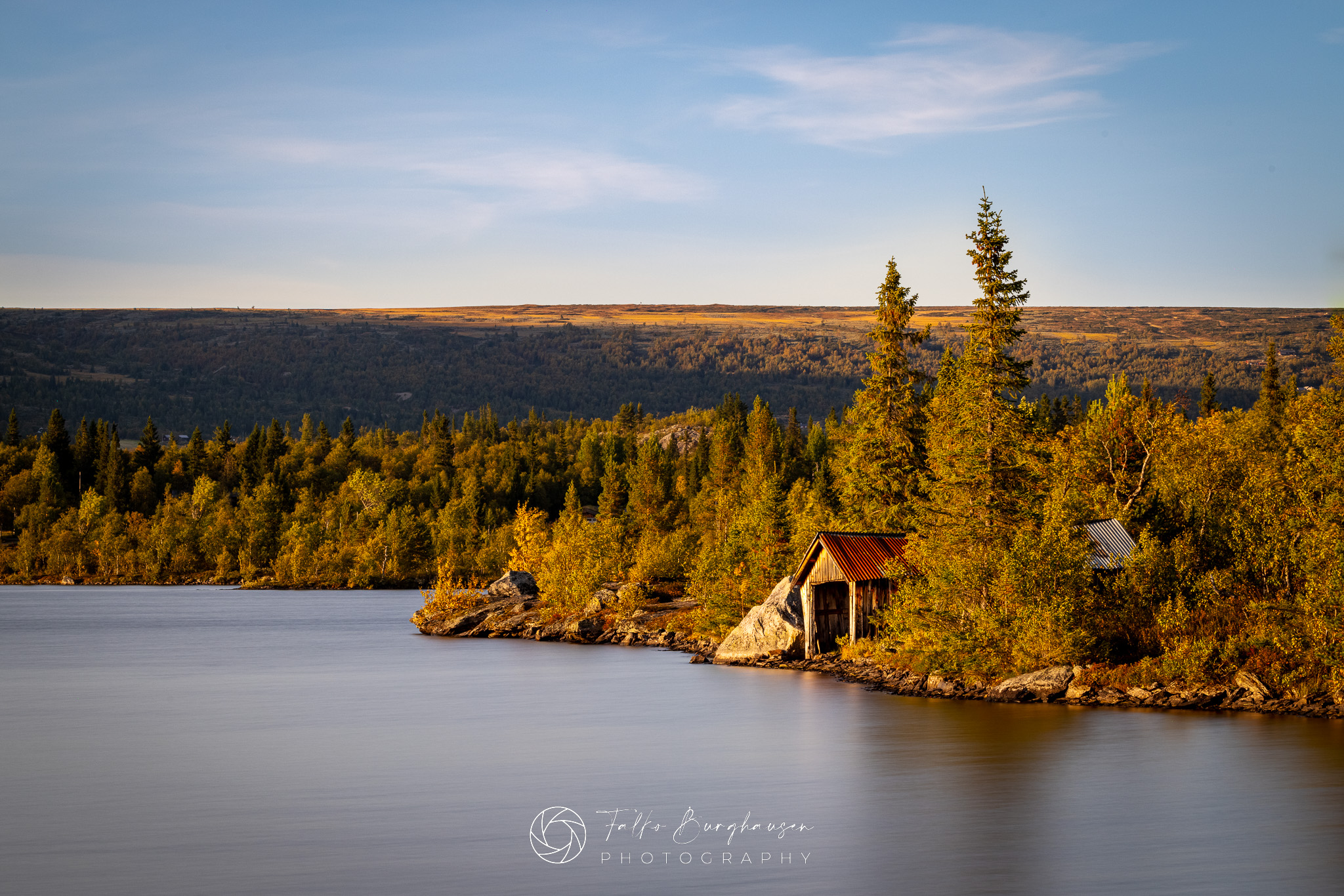 Evening sun at a small boathouse at Helsingvatnet in Hemsedal. With gray filter and telephoto lens this photo was taken on a September afternoon 2021.

The massive Skogshorn already casts a long shadow over Hemsedal in Norway, but the small boathouse on the shore is still illuminated by the warming rays of the sun on this September evening. In order to bring as much tranquility as possible into the picture, I decided to take a long exposure with a tripod and a gray filter. I’m often a bit undecided whether a natural water surface with all its small waves and structures wouldn’t look more realistic. In this case, however, I liked this variant better, especially since the almost complete windlessness made it possible to take such a long exposure. The shot was quite a battle against mosquitoes and other pests, but with the increasing cold and later wind it was somehow bearable. The constant fight against mosquitoes is at Nordic lakes or in the highlands but unfortunately often an evil, with which one must arrange (and what the viewer later on the photos of course not see).

The large lake area with Helsingsvatnet and Storevatnet is a watery and quiet place in Hemsedal and like many places like this, the shores are primarily littered with vacation cabins. With Skogshorn, you have the opportunity for a scenic hike right on your doorstep, and to the east, Panoramaveien leads towards Fagernes. 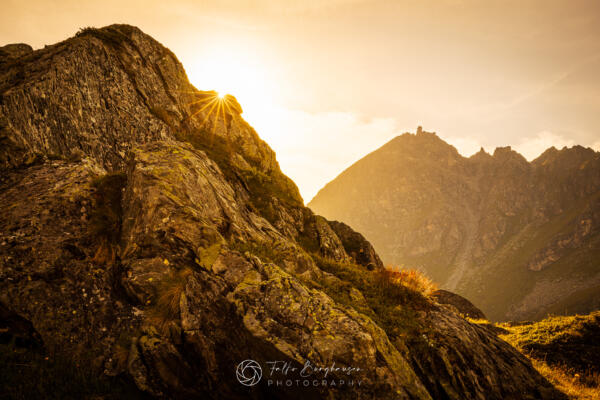 How to create sun stars?

Photographing a sun star is actually not that difficult. We will show you with a few tips how you can photograph a sun star even with simple means. 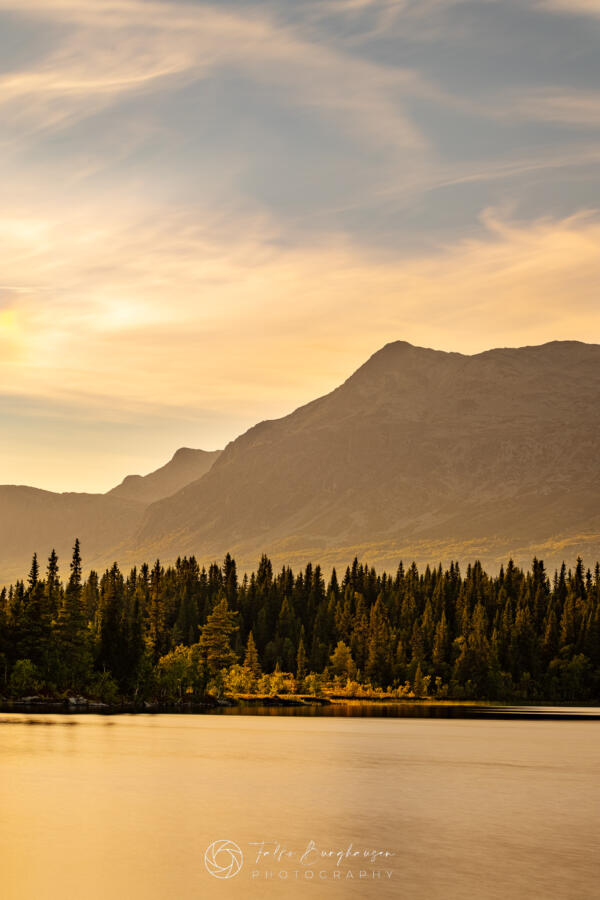